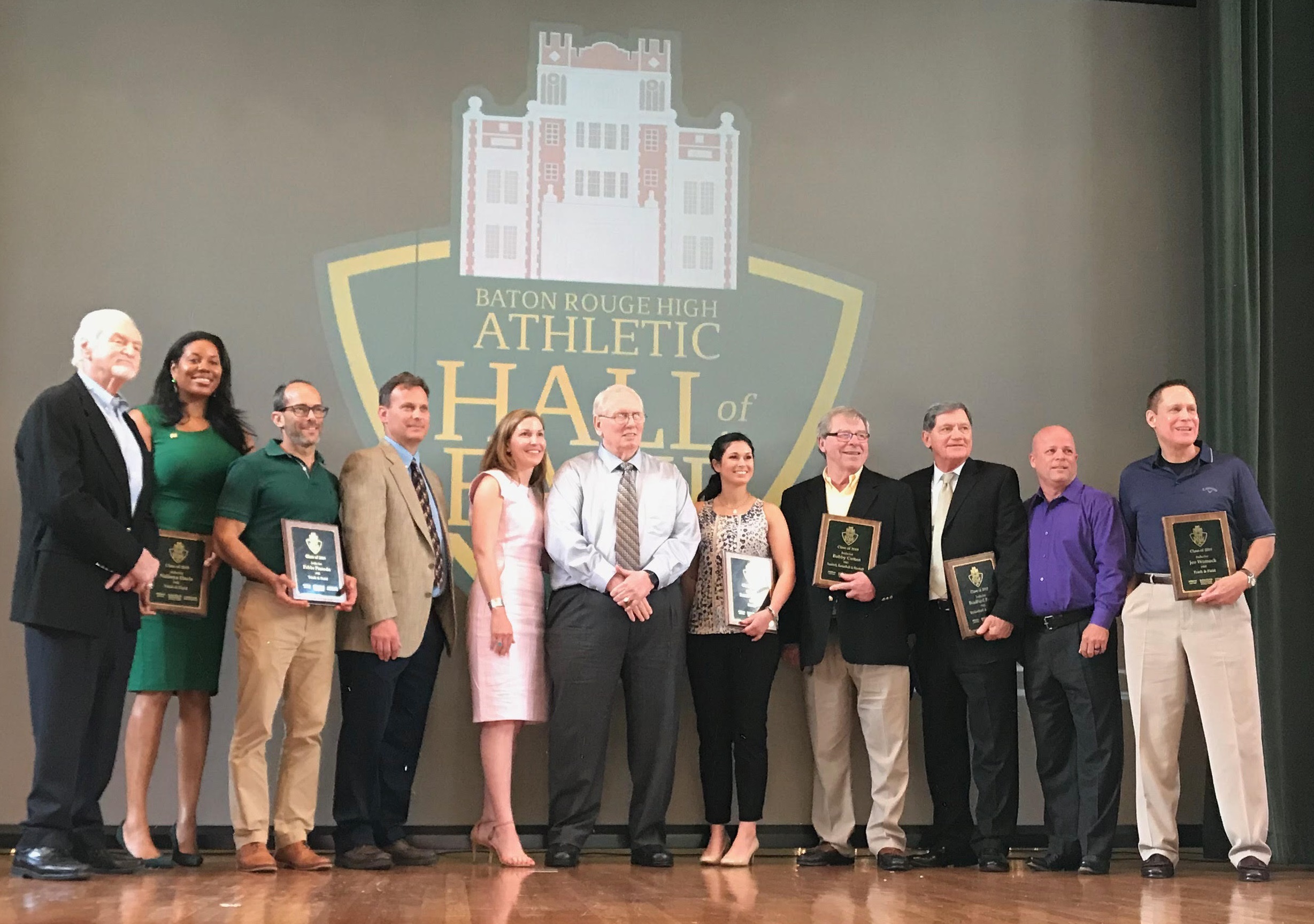 Most people wait until after they retire to start crossing items off their bucket list. Baton Rouge High Athletic Director Kevin Nee is not one of them.

Nee has two key projects remaining before he retires in May, ending a 40-year career as a teacher-coach. One is to put on another LHSAA Gymnastics meet April 26-27 at the school.

The other pays homage to the school’s rich athletic tradition that reaches well beyond its years as a magnet school. On May 4, Baton Rouge High will induct 11 new members to its Athletic Hall of Fame.

Festivities are scheduled to begin at 2:30 p.m. If you were unaware BRHS had an Athletic Hall of Fame, you are not alone.

“I dropped the ball,” Nee said. “We inducted the first class in 2005 and never followed through after that. Since it became a magnet school, Baton Rouge High has won 90 titles and 72 runners-up. That doesn’t include the glory years before that for football and basketball. There is a lot to celebrate.”

Preparations for the induction scheduled for the school’s auditorium started three years ago. Nee credits Denham Springs High Athletic Hall of Fame coordinator Jim Spring for providing guidance and some basic framework in the form of guidelines and a nomination process.

The entire process has been much different than the one Nee employed in 2005 after watching former BRHS gymnast Caesar Garcia make the U.S. Olympic team as a diver.

In order to make the BRHS Athletic Hall of Fame something to last, Nee knew procedures needed to be in place for nominations and selection.

Alumni Johnny Palazzotto, Joe Womack and Butch Helveston have been part of the selection/organizing committee along with Nee and three faculty members, Bill Bofinger, Dayna Kohn and Maggie Hall.

“The way it is set up now, I see this as being a hall of fame that can continue to grow,” Nee said.

Why is any of this important? Why should people care? Because a hall of fame does more than honor former athletes — it helps preserve a sports history that might otherwise slip away.