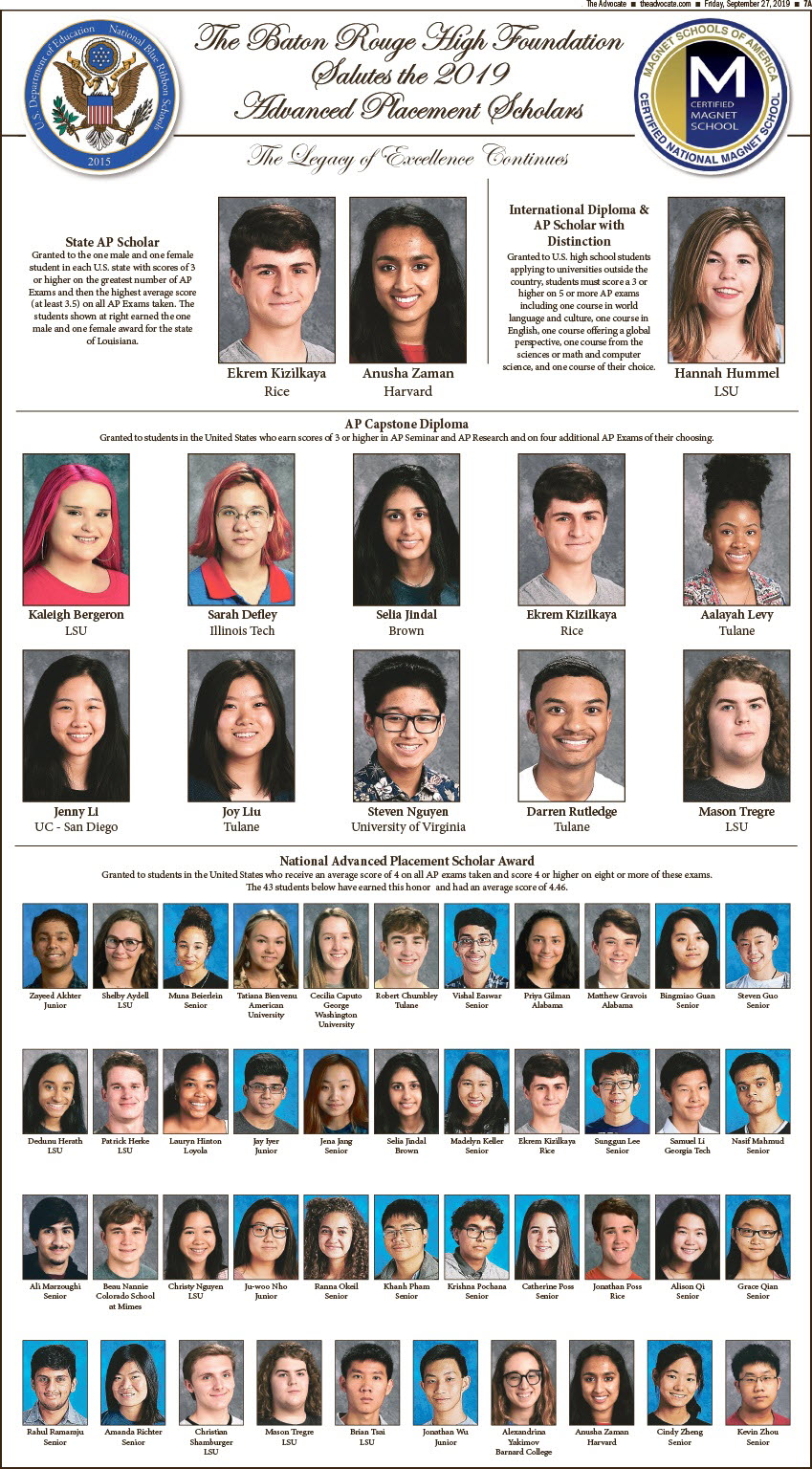 The College Board has named 265 Baton Rouge Magnet High School students as AP Scholars, a designation that recognizes scores of 3 or higher on three or more Advanced Placement exams.

AP Exams are college-level exams on specific subjects taken by high school students. At many colleges and universities, a score of 3 or higher on an AP Exam will earn a student credit toward their degree.

“More than 3,300 college credits were earned through AP exams this year at Baton Rouge High,” principal Nanette McCann said. “When I became principal here 18 years ago, we only had a few AP Scholars and seven AP courses; now we have 32 AP courses and hundreds of scholars every year.” In 2016, 197 Baton Rouge Magnet students were named AP Scholars.

Of the 43 National AP Scholars, two were recognized as State AP Scholars. The College Board grants the State AP Scholar designation to the one male and one female in each state with the greatest number of scores of 3 or higher on AP Exams.

Anusha Zaman, 2019 graduate, is the 2019 Female State AP Scholar. She scored 3 or higher on 20 AP Exams which could earn her more than 60 college credits. She will be attending Harvard University this fall.

Ekrem Kizilkaya, 2019 graduate, is the 2019 Male State AP Scholar. He scored 3 or higher on 19 AP Exams which could earn him more than 57 college credits. He will be attending Rice University this fall.